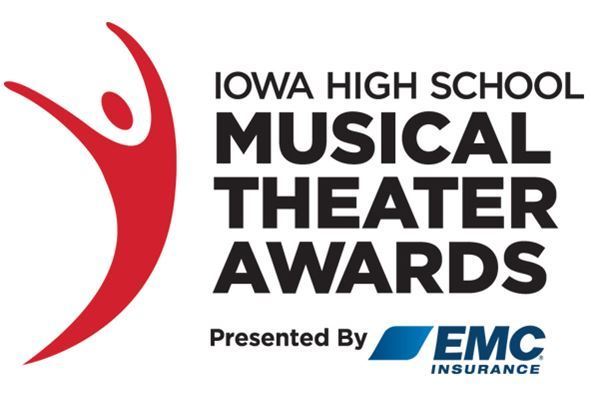 The Clarke Theater Department will participate in the 2022 Iowa High School Musical Theater Awards Showcase, presented by EMC Insurance Companies, in honor of the school's achievements for its November production of Roald Dahl’s MATILDA - The Musical.

Produced by Des Moines Performing Arts as the culmination of a year-long education initiative, the Showcase will be held at the Des Moines Civic Center on Saturday, June 18 at 7:00 p.m. and will recognize a total of 85 schools from across the entire state.

Clarke Community High School  will be honored in a special video shown at the Showcase, in celebration of its receipt of an Outstanding Overall Technical and Creative Achievement Award - one of the program's highest honors.

2 - 5 students will represent Clarke by performing in a collaborative inter-school Finale medley led by a guest Broadway music director and choreographer.

Calhoun Lundquist will perform an excerpt from his award-winning role in Roald Dahl’s MATILDA - The Musical as Miss Trunchbull.

Lexi Cooper and Calhoun Lundquist will also participate in the Triple Threat Award program with other advanced performing students. In addition to a special performance at the showcase, students will audition for theater camp scholarships and the opportunity to represent Iowa at the National High School Musical Theatre Awards in New York City this summer.

Clarke Community High School will also be recognized with the following awards and honors:

Outstanding Overall Technical and Creative Achievement along with Outstanding Community Engagement Project. This project raised funds to purchase a new book for every student at Clarke Elementary. This award will be presented and explained on stage by Molly Sickels.

This is the first year for Clarke Schools to have two students selected to perform and compete in the Triple Threat Award program. This is the second time for Clarke to have performers recognized for Special Recognition in a Principal Role.

The Awards Showcase will be live-streamed at IowaPBS.org as part of a collaboration with Iowa PBS. Iowa PBS will also broadcast a highlights special of the event on July 18 at 9:00 p.m., with a repeat airing at 1:00 p.m.