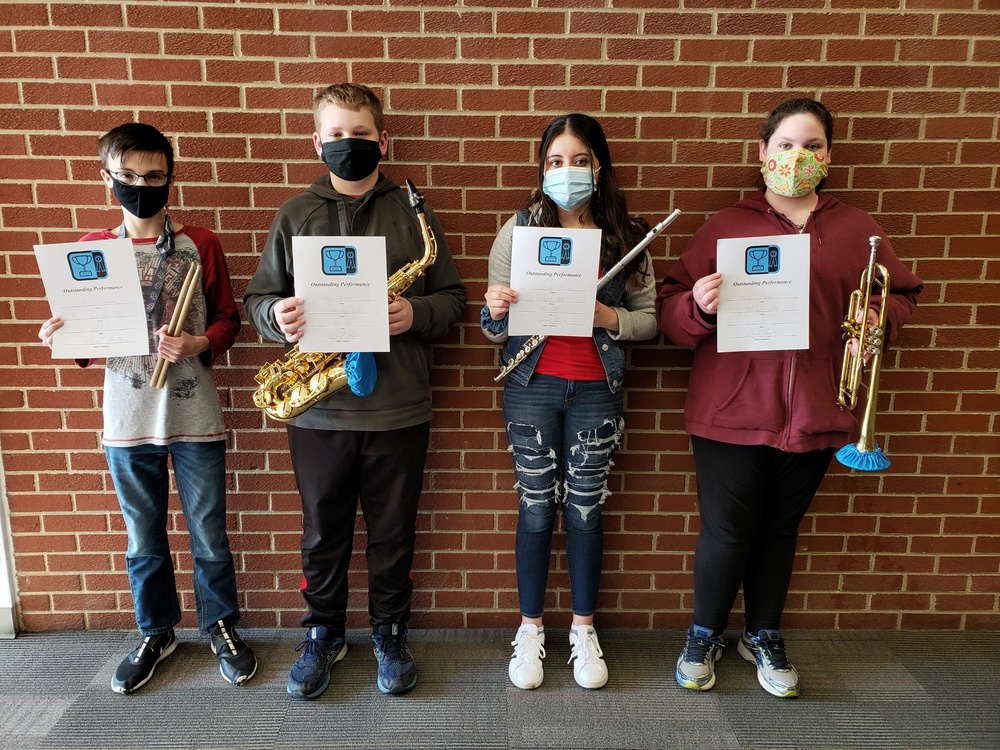 On Thursday, February 25, 2021, several Clarke 7-8 Band Members opted to participate in the Clarke Solo Festival.  These band members rehearsed their musical selections and then performed their pieces for a judge.  This year, the judge was Brad Lampe, the former Clarke High School Band Director and current Clarke Instructional Coach.  First, he listened to each performance.  Immediately afterward, Mr. Lampe offered positive feedback to each performer, as well as suggestions for improvement.  Band members earned a rating based upon their performance.  After the festival, each performer also received a written ballot from the judge and an award ribbon.  The ratings for all of the participants are included below.

No Division III Ratings were given by the judge.